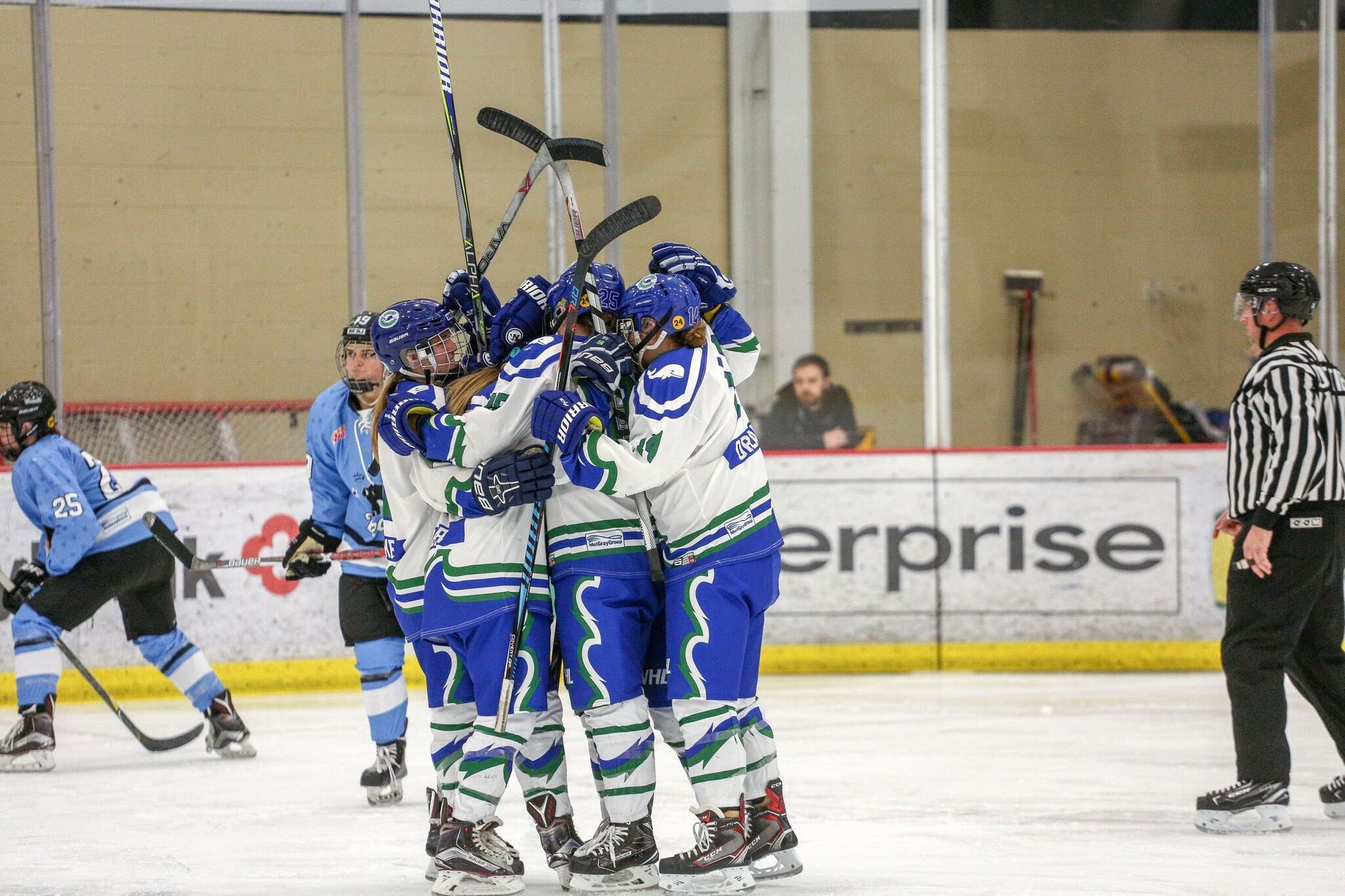 With one month until its fourth season kicks off, the NWHL has added a multitude of new players to its ranks. As of September 6, 100 players -- nearly half of whom are newcomers to the league -- are signed with the NWHL's five teams in Boston, Buffalo, Minnesota, Connecticut and New Jersey.

All of a sudden, the Minnesota Whitecaps are now a nearly-full team, with 23 players signed. This week, they added seven to their roster, including: forward Katie McGovern, who spent last season as an assistant coach at Arizona State, and defender Winny Brodt Brown. Brown was a member of the U.S. national team program for a decade. She was a coach at the NWHL All-Star Game this past season.

Forward Kalli Funk has also signed with Minnesota for her third season with the club. She has also previously played with Goteborg HC in the SDHL. Joining her are fellow forwards Margo Lund and Haylea Schmid. Lund played with the Whitecaps last season; Schmid has previously skated with ERC Ingolstadt.

With these additions, the Whitecaps can now add a maximum of two more players (forwards or defenders) to their roster.

Joining the whale are forwards Melissa Sheeran and Kayla Meneghin.

Like Sheeran, Meneghin also spent the last four years at Plattsburgh. She accrued 188 points (86G, 102A) in 117 games and earned honors including First Team AHCA All-America. Both are explosive offensive additions to the Whale for the coming season.

The Whale still have up to nine roster spots open.

The Boston Pride have filled in their roster this week, re-signing forward Jordan Smelker and goaltender Madison Litchfield.

Smelker returns for her fourth season in the NWHL, all with the Pride. She has posted 32 points (15G, 17A) in 46 career games with Boston.

Litchfield saw limited action last season in net with the Pride, appearing in one game. She'll return to Boston for her second NWHL season and will play alongside rookie Katie Burt. The Pride still have one goaltending spot open.

Burns, who joins the Pride after spending the last five seasons in the CWHL, has shared numerous racist/bigoted posts on Twitter.

Per the Victory Press ethical coverage policies, we will exclude athletes such as Burns who have expressed views including "racism, transphobia, homophobia, classism, islamophobia, anti-semitism, misogyny, sexism, and other types of bigotry" from our regular coverage and continue to comment on their bigotry.

Longtime NWHLer Bray Ketchum has announced her intention to hang up the skates.

Ketchum was an original NWHL player and original Riveter. In total, she has appeared in 60 games, putting up 34 points (18G, 16A). She retires as an Isobel Cup Champion, having won the league title with the Riveters this past spring.

The NWHL announced Thursday confirmed plans for the Champions Cup, to be held between the Metropolitan Riveters and SDHL champion Luleå Hockey. The game will be held at Princeton University's Hober Baker Rink on Saturday, September 29 at 1:00 PM Eastern.

Tickets are $20 and are available now.