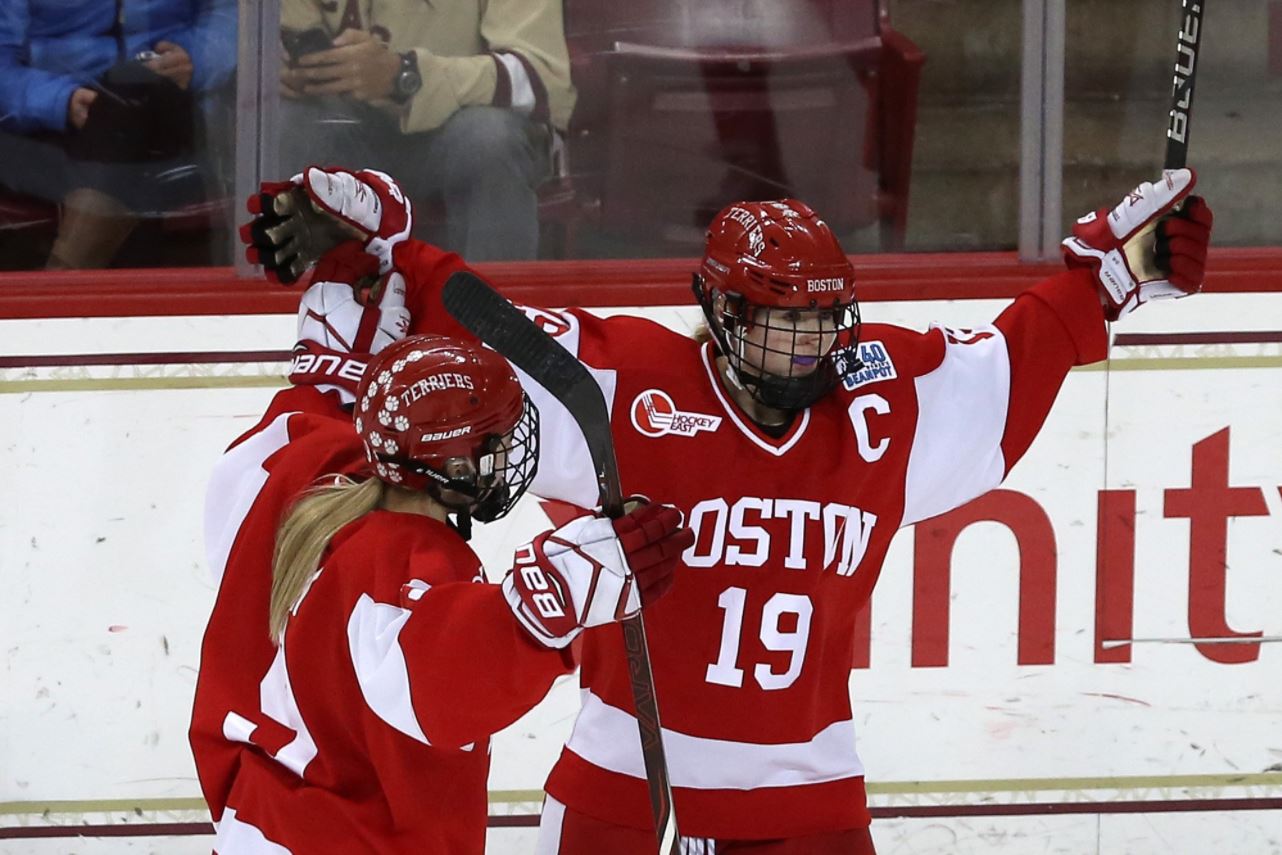 Much like the US/Canada opening round game in the Olympics, this series doesn't have a lot of immediate and practical impact. Wisconsin already clinched the regular season title and will have a bye next weekend.

However, these two are long-time rivals and the series will be a bit of a litmus test for both teams. The Badgers have been less steady over the past few weeks than they were for most of the season, and they could use the confidence and momentum of a weekend sweep to propel them forward. It's also likely, because of the NCAA "flight rule," that Minnesota will travel to Madison to play Wisconsin in the first-round of the NCAA tournament. As a result, it would be a bit of a warmup for that single elimination playoff, giving each team some intel on what they need to work on.

Other teams in the top four nationally will be looking for the Badgers to stumble either here or in the WCHA touranment, which would knock them from the top spot.

Minnesota is still on the verge of not making the NCAA tournament. They need a strong postseason showing, a win at the WCHA tournament, or no other conference tournament upsets.

At this point, these two teams could meet multiple times in the coming weeks; at these two games, in the WCHA tournament, and in the NCAA tournament.

Though the Gophers have had a rough season, you can bet they'll be playing their very best hockey against the Badgers. These two teams don't have a lot of love lost and beating up on Wisconsin, or even ending their season in a few weeks, would be a nice balm for Minnesota.

Friday and Saturday at 2:00 PM Eastern.

Watch: It appears that these games will stream free on Maine's website.

Boston College has also clinched the top spot in their conference, but they're looking to maintain their No. 2 position in the pairwise. Colgate and Clarkson are just hundredths of a point behind them and they both play bottom-of-the-table teams this weekend. Boston College will want to keep pace.

In contrast, the Eagles have shown that they're vulnerable and Maine has a couple of big wins and close calls this season. The Black Bears were ranked for the first time in program history this season and they're looking at a second or third place finish in Hockey East, which is something they've never done. Their highest Hockey East finish is fourth.

They're also looking to gain on Providence, who are a point ahead of them in second. With the depth of talent in Hockey East, it's sort of impossible to decide who you'd want to face in the opening round of the conference tournament, so the final standings will definitely matter.

If you watch for nothing else, tune in to see if Daryl Watts ties or breaks the all-time single-season records in Hockey East regular-season play. She needs just one goal, three assists, and four points to tie.

These two have been vying for the top spot in the CHA for the past few weeks. Robert Morris pulled ahead by two points last weekend, so this is a crucial pair of games for the Lakers. CHA conducts their tournament in a single weekend, so they're the only conference that has an additional week of regular season games left to play after this, so these games aren't do or die -- but they're darn close for Mercyhurst.

They've already split a close series early in the season, with Mercyhurst winning game one 1-0 and RMU winning game two 2-1. The Colonials are on a six-game unbeaten streak, where the Lakers have gone 2-1-2 over the same stretch.

↓Minnesota -- The Gophers have been precariously trying to hold on to a spot in the NCAA tournament, but this week, they've dropped to eighth in the RPI and Pairwise. If that holds, they would not receive an at-large bid and that final spot would go to the CHA tournament champion.

↑Princeton -- When the Tigers upset Clarkson last weekend, it was their first win over a top-ranked team since November 11, 2007.

↓Clarkson -- The loss to Princeton moved them down to third in the Pairwise this week.

↑Northeastern's Lauren Kelly -- The senior defender is the first Huskies defender since Kim Greene in 2002-2003 to score double-digit goals in a season.

↑Minnesota State -- The Mavericks upset No. 5 Ohio State last Friday with a 4-1 win. They came close to a weekend sweep, as they lost 3-2 on Saturday.