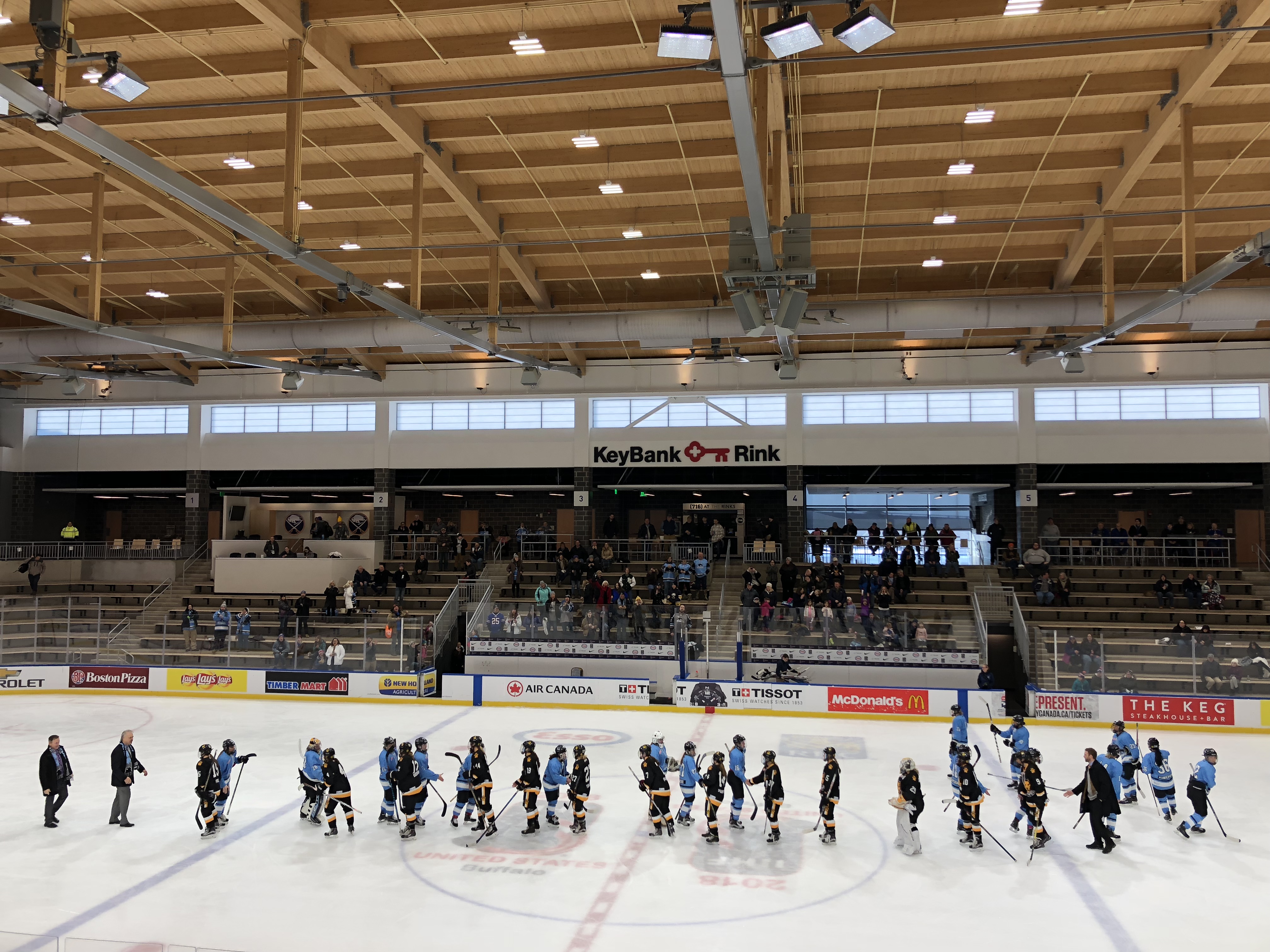 As the NWHL returned to action and opened the 2018 calendar year this past weekend, the Metropolitan Riveters remained undefeated, while the Buffalo Beauts took control of second place in the league.

The Riveters remain atop the league with a perfect 8-0-0 record and 16 points, while the Beauts are second (4-4) with eight points. The Boston Pride, at 2-4-2, are third in the league, with the Connecticut Whale (2-6-0) rounding things out in 4th place.

It was a close one, but the Beauts eventually edged the Pride 3-2 in overitme on January 6. Buffalo went 0-for-4 on the power play, and overall outshot Boston 42-23 in the win.

Jess Jones opened the scoring eight minutes in, putting her team on the board. The Beauts would stay up 1-0 until 7:13 into the second period, when Janine Weber tallied her first of the game to tie it.

Buffalo regained the lead on a Hayley Scammura goal just over two minutes later, but once again, the Beauts fell apart in the third period. Weber struck again for the Pride to re-tie the game just over five minutes into the final frame.

Tied at 2 after 60 minutes, the teams headed to overtime. Kaylyn Schroka scored her second goal of the season to give the Beauts a big win.

Amanda Leveille made 21 saves in the win, while Brianna Laing made 39 saves in her NWHL debut, an impressive feat for the rookie netminder.

Thanks in large part to a four-goal third period performance, the Metropolitan Riveters maintained their undefeated record this weekend with a 6-1 win over the Connecticut Whale.

The Riveters got on the board thanks to captain Ashley Johnston midway through the first period, but the Whale tied it on a power-play goal by Jamie Goldsmith early in the second period.

Metropolitan went on to score five unanswered goals, including four in the third period, to capture the win. Tatiana Rafter scored twice, while Erika Lawler had a pair of assists. Courtney Burke also struck on the power play as the Riveters went 1-for-5 on the advantage.

Katie Fitzgerald had 28 saves in the win. Connecticut split their goaltending in the game, with Sydney Rossman allowing four goals on 36 shots faced in 52:09. Keira Goin then allowed two goals on three shots in 7:51.

It's a light week for the NWHL, with just one game: Buffalo vs. Connecticut at 2:00 PM Eastern on Sunday, January 14. It's a special game on neutral ice, being held in Pittsburgh at the UPMC Lemieux Sports Complex.

The Whale will be without Kelly Babstock, while the Beauts will be missing four key players who will be playing in the series of Team NWHL games against the USWNT in Florida.