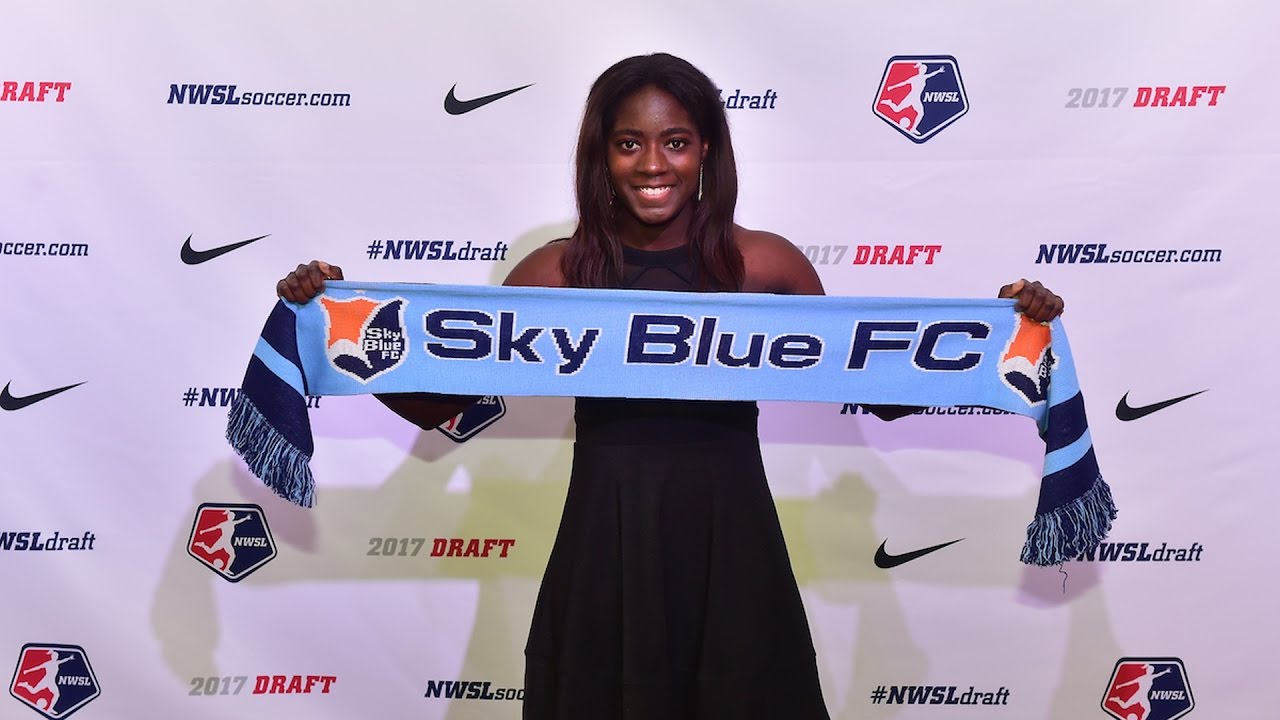 I flew to Los Angeles on January 11, two days after I watched my Clemson football team win its first National Championship game since 1981 against Alabama and the day after I returned home from the event in Tampa, Florida. The jetlag was real. I was going to California for the 2017 NWSL (National Women's Soccer League) Draft, and was hoping to earn the opportunity to play professional soccer. I arrived at the event in the J.W. Marriot Center Grand Ballroom (which was connected to the prestigious Ritz Carlton Hotel), with my dad, my Clemson teammate Kailen, and her mom. We met our coach Eddie inside and saw many familiar faces from both our college playing days and club teams.

The stage was set in a simple manner. The front of the room had the stage with a podium where each player went to speak once they were called. In front of that, were 10 tables, each with a soccer ball and a banner of a team, and players, coaches, and GMs sitting around it. Then there was a divider to separate the draft tables from the audience.

There were many seats filled with players and family members. Beyond those was a little space and another section of seats for college coaches, club coaches, and others. Beyond that were photographers, a platform for the live show, and a back room where the draftees went to take pictures and do interviews. One by one, the players who heard their names called went up to the stage to be handed a scarf with the name of their new team on it, pose for pictures, and say a few words at the podium. There was a 15-minute intermission after the first round and a 10-minute intermission after the second and third rounds. While the teams were on the clock, everyone in the audience waited by texting people on their phones or talking to the people around them -- especially the players, since we were the most anxious of all. There were over 205 players that declared for the draft, but only 40 would be picked, which makes the draft particularly competitive.

During the days building up to the draft and even while I was there, I had received a lot of advice from my family, fellow student-athletes who deal with the public eye every single day, my teammates, coaches, friends, and many others on how to handle the pressure of being there. Luckily for me, I don't like to go into things with expectations and prefer to just go with the flow and enjoy the moment. I appreciate all of the people who care about me and that stand in my corner in everything I do. They made me realize that I had done all I could during the season on the soccer field, and that at that point in Los Angeles, it was all out of my control. I did exactly what everyone else did and talked to the people around me and calmed myself by texting my friends and family who were all watching the live show, waiting for my name to be called. The final team of the third round had one minute left on the clock, so naturally I was on my phone responding to text messages and Snapchats.

Another text popped up -- this time from my friend Deshaun Watson, Clemson's QB1. He had texted me saying hi and wishing me good luck in the draft today. I didn't even have time to respond to him because "THE PICK IS IN" came on the big screen and US Soccer's President Sunil Gulati was back at the podium. He announced: "With the 30th pick in the 2017 NWSL Draft, Sky Blue FC selects: Catrina Atanda, midfielder, Clemson University." It wasn't until I heard those words and the loud cheer from the crowd and the four other Sky Blue players that had already been picked that I realized I wasn't dreaming.

I hugged my dad and the team General Manager and made my way to the stage as cameras flashed in my face. First, I thanked Sky Blue FC and the NWSL for selecting me and giving me the opportunity to continue my soccer career in my home state of New Jersey. Next, I thanked all of my teammates and coaches at Clemson who have helped make me a better player and person along the way. And most importantly, I thanked my family and friends who served as my number one fans and supported me through everything. I love them all and am proud that we did it!

After I left the stage, cameras flashed in my face and I was escorted to the interview/picture room. On the way my Clemson teammate, Kailen, met me and gave me a big hug. She was drafted to Sky Blue a few picks in front of me, so I'll have another chance to play with one of my best friends from Clemson that I have spent so much time with for the last three and a half years. Like we both said at The Draft: "There's no separating Tigers!"

My dad held my phone for me for the 20 minutes or so that it took for me to finish interviews/pictures, and by the time he gave it back I had hundreds of text messages and Snapchats on my phone. The support was incredible and it took me a few days to finally respond to everyone. All of my new teammates met up, and funnily enough I knew all 5 of them already. I went to national camp with two of them, one I played against a lot in youth soccer and was also a Jersey girl, another one I played against in college for 4 years -- plus Kailen. Kailen and I celebrated in a fancy restaurant near my hotel in Downtown LA with our families and former coaches. While we waited, we went to the nearby Starbucks to charge our phones because after three and a half hours at The Draft, our phones were just about dead.

Before I went to bed, I worked on responding to my messages, and of course Deshaun jokingly added to his message that I can thank him for bringing me luck with his text literally one minute before my name was called. I gave him a little credit! I stayed in Los Angeles for two more days, since I was lucky enough to have been named to the All-American team in my final collegiate soccer season. That is a testament to just how good my teammates and coaching staff at Clemson really are.

Spending time there with my dad is something I will never forget -- and my mother arrived to join us the day after the draft. I am incredibly excited at this opportunity I have been given to learn and grow more as a player, but it doesn't stop here. I still have to prove that I am worthy of a roster spot on the team and have to showcase that I belong. And for that, I chose to come back to Clemson to train and get in the best shape I can, both physically and mentally, so I can be ready for the season in April.

It's one thing to just make it to a team by getting drafted, but it's even greater to make a name for myself and get something out of it and that is exactly what I'm training for. I'm looking forward to writing to you guys again soon to let you know what I've been up to since the draft and what my plans are going forward. This is just the beginning...