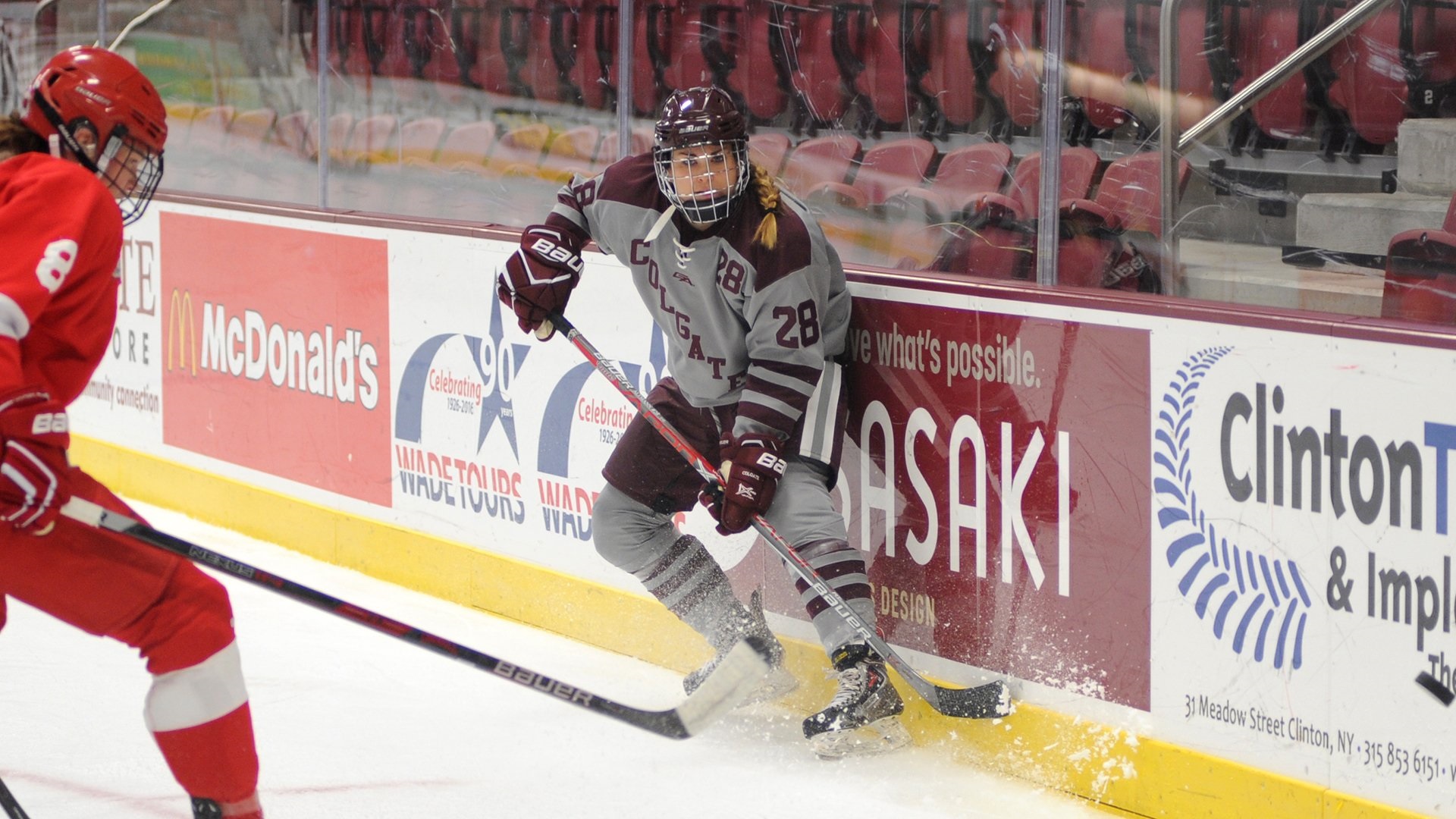 Both teams have stumbled recently; Colgate suffered a loss and a tie at St. Cloud State last week, and Quinnipiac lost to Princeton and tied Harvard. Their current poll ranking echoes their pairwise location, so both teams really need to find some key wins in the closing weeks to strengthen their cases for the NCAA tournament.

As much as I tease about East vs. West, I've had a lingering concern that Colgate's ranking was a bit inflated and that they might not hang around once they started playing against tougher teams. The Raiders will face nothing but top-half ECAC teams over the coming weeks, and it'll be a true test of where they actually stack up.

Quinnipiac has less of an explanation for their recent struggles. They were good last year and they've got many of the same components from that team. They are averaging just 2.67 goals a game, which certainly isn't helping them, but they have the talent up front to be more lethal on offense and they'll need those players to step up.

Duluth is coming off an unfathomable loss to Minnesota State-Mankato, while the Gophers have recent losses to Wisconsin and Boston University that they'd rather forget.

For the Gophers, goaltending and defense have been issues. They're ranked tenth in team defense, while Sidney Peters' save percentage is just .907.

Duluth definitely came on quickly to start the season and surprised people with some early wins -- but some recent stumbles make it unclear whether the Bulldogs are prepared to make a full post-season run.

This used to be a very heated rivalry, and this is the first time in a while that the teams are so evenly matched.

With wins over BU and Northeastern this year, the Catamounts have shown that they're a program on the rise and one that their opponents can't overlook.

At the same time, BU has worked themselves back into the national conversation and needs these points to ensure that they stay there.

↑St. Cloud State -- The Huskies went into the winter break on a six-game skid, but returned with a vengeance to upset Colgate with a 7-4 win and a 0-0 tie.

↓Quinnipiac -- The Bobcats are struggling offensively and barely eked out a tie with one-win Harvard.

↑Mercyhurst -- It's been a bit of a struggle for the Lakers this season, so their win over St. Lawrence was both surprising and exciting.

↑St. Cloud's Hannah Potrykus-- The sophomore hadn't played since November 19 due to injury, but netted a hat trick in the Huskies' 7-4 upset of Colgate.