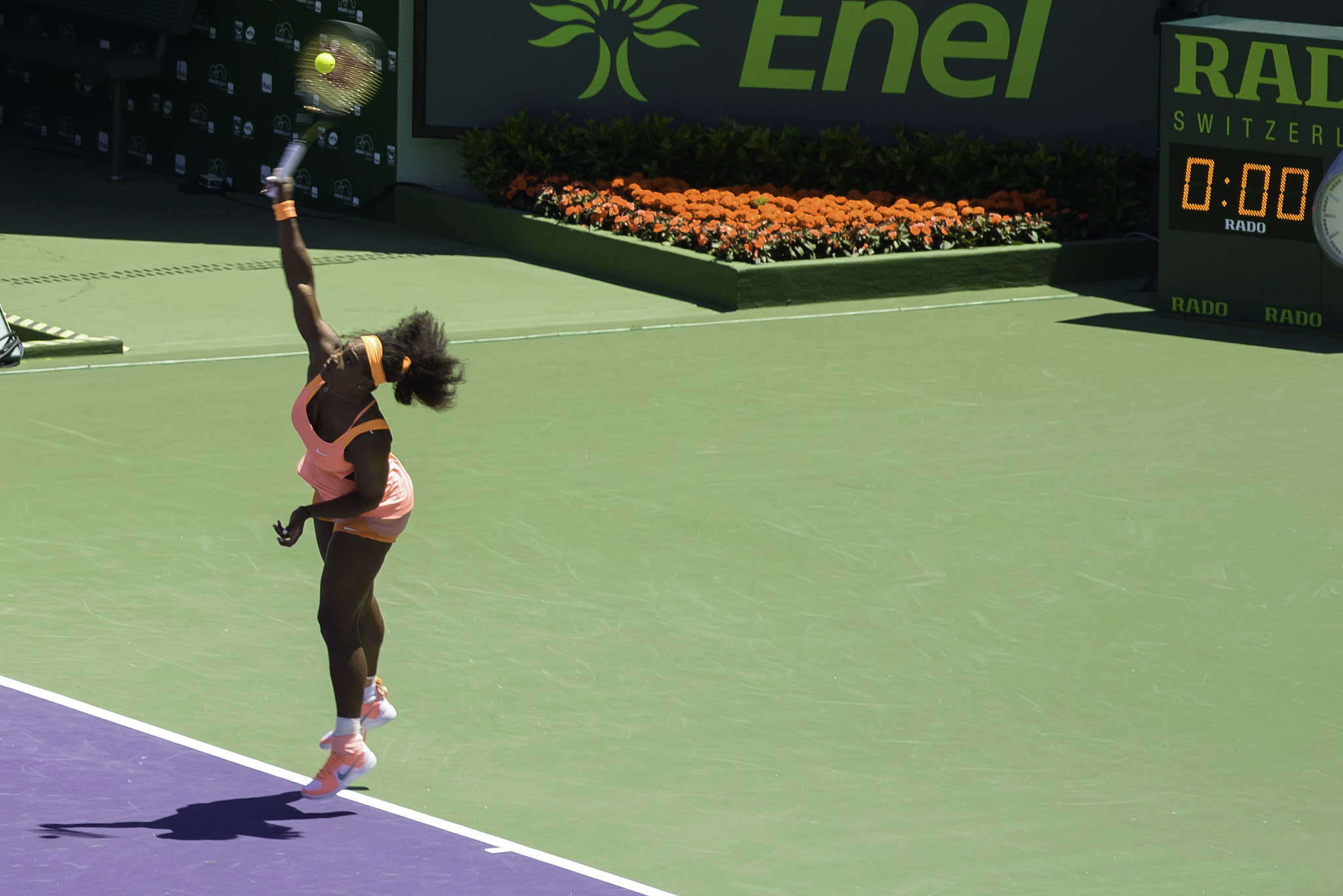 Navigating an athletic career can be challenging, especially for female athletes, as they deal with societal expectations about their appearance. While this dynamic affects some female athletes more than others when it comes to sponsorships, no one is completely immune.

As long as professional sports have been around, there's been a sexist obsession with the attractiveness and femininity of female athletes. According to Jules Boykoff, as early as the 1900s, the International Olympic Committee structured the opportunities for women around what they considered to be "proper." In the 1950s, there were public campaigns to remove women from the Olympics, when the New York Times wrote, "There’s just nothing feminine or enchanting about a girl with beads of perspiration on her alabaster brow, the result of grotesque contortions in events totally unsuited to female architecture."

It’s now 2016, and the last few years have brought an unprecedented upsurge of mainstream attention and media coverage for women in sports of all kinds. While female athletes continue to fight for equality with their male peers, including in both pay and sporting development, there has been some progress. For example, the four major tennis tournaments (Wimbledon, the US Open, French Open and Australian Open) offer equal pay to both male and female players, and ESPN’s espnW vertical covers female athletes alongside independent companies and bloggers.

Still, the media tends to judge female athletes by arbitrary ideas about what makes them attractive or feminine, which sets them up to fail. Ideas about attractiveness (or a lack thereof) can strongly affect female athletes’ sponsorship opportunities or media coverage. At the same time, attractiveness is linked to ideas of femininity, which is a complex dynamic when many sportswomen defy traditional ideas of what it means to be feminine. When those in power within sports make references to their gender, female athletes have often been subjected to inappropriate and unnecessary comments.

In 2004, former FIFA president Sepp Blatter said that women’s soccer could be promoted by having athletes wears tighter shorts, "promoting a more female aesthetic." He also incorrectly stated that a lighter ball is used in the women’s game to create a more female aesthetic, and questioned that strategy shouldn’t be extended to fashion.

Six years later, in 2010, a basketball official also suggested changing the women’s uniforms to make them more revealing. Patrick Baumann, FIBA secretary general, said: "We're not talking about going to beach volleyball…We're talking about keeping it comfortable, but making it more feminine…They are great athletes, but also beautiful athletes, and there's no reason not to show it."

When tennis player Marion Bartoli won Wimbledon, the first major of her career, one of the match commentators said she "wasn’t a looker" in 2013. Then in 2015, after moving into the third round of the Australian Open, fellow tennis player Eugenie Bouchard was asked to "twirl" by an Australian commentator to show off her outfit.

The purpose of an athlete’s physique is to achieve optimal physical performance. Attractiveness and femininity would be important for athletes to consider if those concepts affected athletic performance, but they don’t. However, female athletes face discrimination when they are "not cute" or "not feminine enough," and are considered to be less marketable as a result -- not to mention the direct and indirect discrimination with regard to trans and intersex athletes to which this attitude contributes.

While this issue has affected many athletes, including surfer Silvana Lima and skateboarder Lacey Baker, there is no more prominent example than that of tennis great Serena Williams. She is body shamed on a regular basis, including in 2014, when Williams and her sister Venus Williams, another great tennis player, were called the "Williams brothers" by the president of the Russian Tennis Federation.

It’s also crucial to remember that in the case of Williams, and other athletes of color, part of the discrimination is not just sexist -- it’s also racist. As NBA Hall of Famer Kareem Abdul-Jabbar wrote, "Some of the body shaming of athletic black women is definitely a racist rejection of black women’s bodies that don’t conform to the traditional body shapes of white athletes and dancers."

This factor has arguably played a role in the fact that until 2016, tennis player Maria Sharapova earned more in endorsements than Serena Williams, despite the fact that Williams has a superior playing record. In this case, the best athlete isn’t earning the most money, which leads to the question: what exactly is being recognized and rewarded?

Serena Williams is able to support herself as a full-time tennis player due to her tournament earnings, but for other athletes, sponsorships can mean the difference between living as a full-time athlete or having to work at another job. Many female athletes don’t have the option of focusing solely on their own sporting development, which puts the progress of women’s sports at a distinct disadvantage.

In many ways, the world of sports reflects society at-large, where women are also recognized for their physical attributes... sometimes at the expense of their other, more substantial qualities. You can see this dynamic in other industries, especially in entertainment, which overlaps with sports. That being said, there’s no excuse for female athletes to be subjected to body shaming and the "femininity police", as one writer in The Guardian put it.

These prevailing attitudes are shaped by the power structures of sporting bodies and sports media. Up until 2014, there were only two women on FIFA’s board, one woman on UCI’s governing body of world cycling, and none on the governing body of the International Tennis Federation, according to The Guardian. If the governing bodies of sports were more diverse, it seems likely that both the narrative and treatment of women in sports would be much different.

Many athletes, analysts, and sports fans have criticized this problematic dynamic, which has the potential to negatively affect those who follow sports, in addition to the female athletes themselves. The more prevalent this approach, the more normal it may seem to viewers and the next generation of athletes and spectators; as a result, it is crucial to speak against the excessive importance given to ideas about attractiveness and femininity in female athletes. The issue must be discussed in order for change to be achieved.

Changing the conversation about female athletes will involve a long-overdue rebuilding and reframing of how we perceive athletes and gender presentation in general. But "attractiveness" should have never been part of the conversation to begin with.