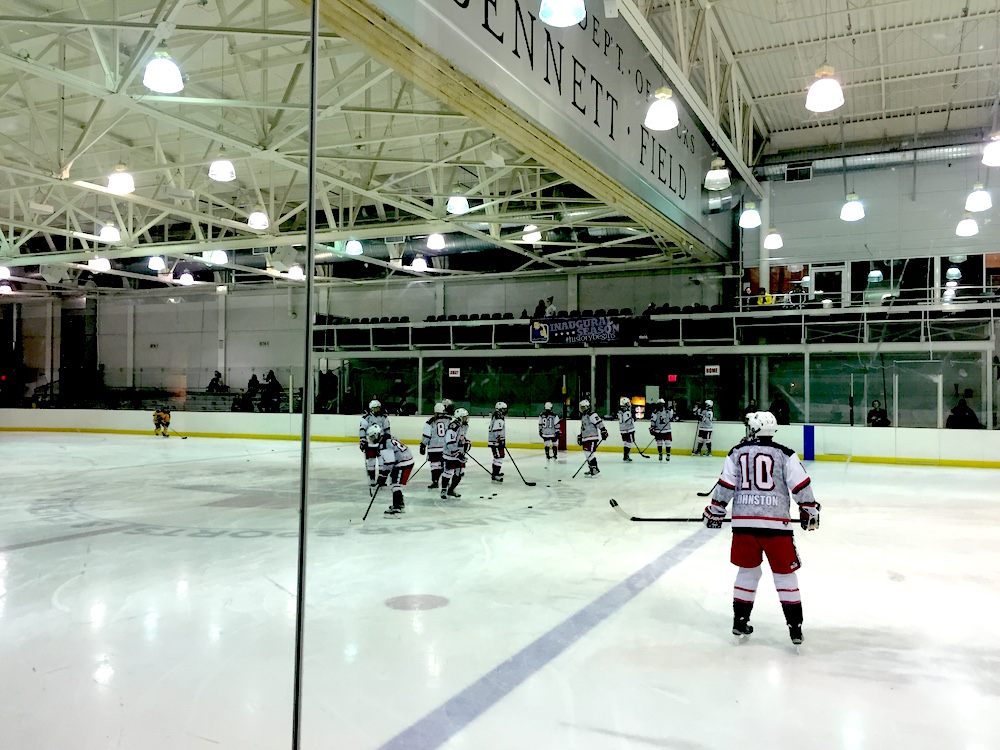 First, New York has a completely different look in net, as all of their roster goaltenders from last season will be elsewhere. Shenae Lundberg was traded to Connecticut, Nana Fujimoto and Chelsea Laden will not return, and Jenny Scrivens has gone back into retirement from professional play. However, the Riveters have nabbed the best goaltender from last season in free agency: Jaimie Leonoff.

Leonoff had a 0.936 save percentage in the regular season while facing the second-most shots of any netminder, and a 0.946 save percentage in the playoffs. Leonoff was a major reason for the Whale's success in their inaugural season, and if she provides the Riveters with the same type of play, she will give them a good chance to win every game.

Their other roster goaltender, Sojung Shin, comes to New York from the South Korean national ice hockey team. Rebecca Ruegsegger Baker, the Riveters' new goaltending coach, is a goaltending consultant with the Korean team, who will automatically receive a berth in the 2018 Pyeongchang Olympics due to being the host nation. Shin will face some high-quality competition in the NWHL, which seems to be part of her decision to play in the United States instead of in her home country as training heats up for the 2018 Games. Shin played in two seasons at St. Francis Xavier University in Nova Scotia, finishing with a career save percentage of 0.939 in 30 games played. She was named MVP of her team in 2015.

The Riveters have also made strides to improve their blueline, which suffered from a lack of personnel last season as they opened the season with just 4 defenders on the roster until Sydney Kidd's visa cleared for her to join her team. Kidd will not return to the regular roster, and neither will Gabie Figueroa or Elena Orlando, though Ashley Johnston, who was arguably the team's most important player last year, will return. Her defensive reliability and ability to start breakouts was huge on a team that struggled to find offense. The team will also see the return of Kiira Dosdall, who played all 18 games for New York last season, pitching in 1 goal and 6 assists.

To get more offense from their back end, the Riveters added Kaleigh Fratkin through free agency and rookie Courtney Burke. A former BU Terrier, Fratkin led all NWHL defenders in scoring with 5 goals and 12 assists last season as a member of the Connecticut Whale. Burke, who was originally drafted by Buffalo, has most recently been captain of the University of Wisconsin Badgers, leading all WCHA blueliners in points last season with 35. She finished her career with Wisconsin with 108 points in 158 games.

They have also signed two top WCHA defenders in Michelle Picard and Milica McMillen. Picard was drafted by Connecticut last year, but was acquired by New York via a trade for the rights to Haley Skarupa. She has been a regular with Team USA, playing in the Four Nations Cup and Women's World Championships, as well as in the Sochi Olympics. The Harvard graduate played in 128 career games at the NCAA level, scoring 8 goals and 45 assists throughout her career. St. Paul native McMillen comes from the University of Minnesota, where she scored 120 points in 149 games and won the national championship twice with the Gophers.

Things look to get even more interesting up front for New York. They'll retain Austrian national Janine Weber, who scored 3G and 6A last year. They've also managed to hang on to Bray Ketchum and Morgan Fritz-Ward. Ketchum was the team's most reliable goal-scorer last season, with 10G and 4A in 18 games, also leading the team in shots on goal with 60. Fritz-Ward added 4 goals and 2 assists.

Madison Packer will also return for New York. Packer is an incredibly physical player who made the team very tough to play against last year, and she also added 3 goals and 4 assists to the team's totals.

However, the newcomers at forward will fundamentally change the identity of the team. Amanda Kessel, who returned to hockey just this spring following over two years of post-concussion issues, chose to land with New York after finishing her NCAA eligibility with the Gophers. Kessel is considered one of the best offensive players in the world, and she finished her NCAA career with 248 points in 127 games. She led Team USA in points at the 2014 Olympics with 3 goals and 3 assists.

Crafty Harvard forward and New York native Miye D'Oench will also join the Riveters after being originally drafted by the Boston Pride and traded to New York for the rights to Alex Carpenter. D'Oench finished her NCAA career with 122 points in 137 games, and had two seasons, including her senior season, when she scored at a greater than a point-per-game pace.

Alexa Gruschow, Rebecca Russo, and Tatiana Rafter will round out the forward lines for New York. Russo is a 2016 graduate of Boston University who scored 80 points in 114 games, including 38 points (15G and 23A) in 39 games during her senior year. Gruschow arrives as the recently graduated captain of the RPI Engineers, who scored 13 goals and 10 assists in 34 games played to lead her team in points last season.

Rafter was a late addition to the Riveters roster as the last signing announced before free agency ended. While she was considering signing with a team in Sweden (and apparently accidentally published a blog post to that effect on SBNation's Stanley Cup of Chowder website), the Canadian forward decided in the end to sign with the Riveters. Rafter played in 17 regular season games with the Buffalo Beauts last season, scoring 2 goals and 1 assist, as well as all 4 playoff games.

Chad Wiseman remains as head coach while also being the GM responsible for the roster overhaul. The Riveters will move to Barnabas Health Hockey House at Prudential Center, which is the practice facility of the New Jersey Devils, in Newark, New Jersey. This facility is where the Isobel Cup Finals were held in March.

While the Riveters have retained a few of their key players, their roster has been drastically overhauled to add more offense both up and down the lineup, as well as defensively responsible skaters who can take the load off of players like Ashley Johnston. They snatched the best goaltender and the highest-scoring defender in the league last year from Connecticut, and picked up one of the best forwards in the world in Amanda Kessel. The contributions of returning players like Packer, Ketchum, and Weber may matter more with a different roster around them. The team that only won four games last season looks well-prepared to achieve a much different result this year.