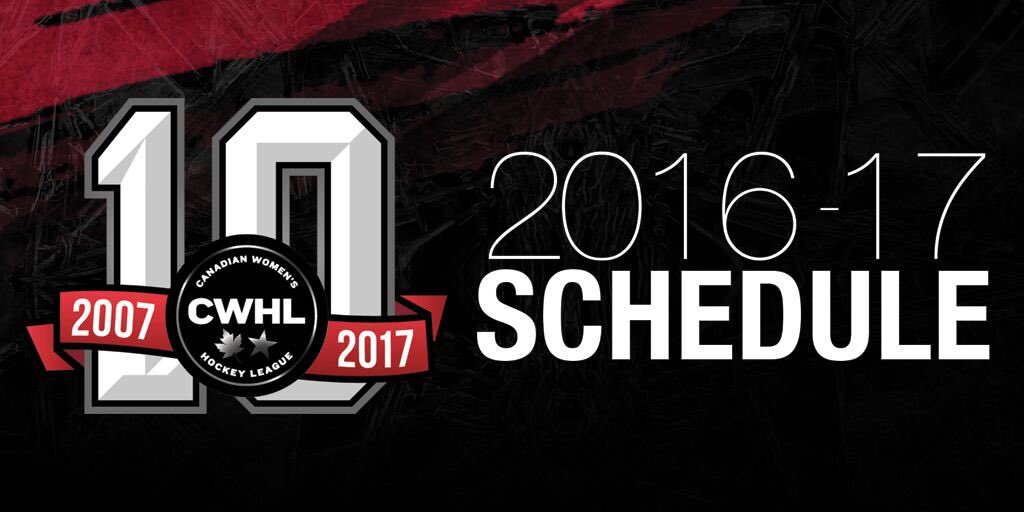 The CWHL will open its 10th season with matchups between Les Canadiennes/Brampton and Boston/Toronto the weekend of October 15th. The league released the full schedule on Thursday, which includes six contests being called Heritage Games to celebrate the league's history.

“Not only will we have a chance to look back at the amazing stories and moments that make up the CWHL’s history so far and reflect on this incredible journey, but we will have the chance to look forward as we pave the way for the future of the women’s game and the CWHL," commissioner Brenda Andress said in a statement.

The Calgary Inferno, defending Clarkson Cup champions, open their season at home on October 22 against Brampton. The two finalists, the Inferno and Les Canadiennes, don't rematch until December 10.

The regular season ends on February 19, closing with Boston-Brampton and Calgary-Les Canadiennes series.

Start times and official locations for the teams are still TBD, so we don't yet know the official home rinks for each team. The Boston Blades will be looking to their third new home ice location in three years. Their championship season in 2014-15 was played at UMass Boston, and last season they played most of their games at the New England Sports Center in Marlborough, Massachusetts. The Thunder have recently played at Century Gardens and Memorial Arena in Brampton. The Calgary Inferno have had a steady home at WinSport in Calgary, as have the Furies at the Mastercard Centre which is also the NHL's Maple Leafs' practice facility, and Les Canadiennes at Centre Étienne Desmarteau in Montréal.

Season tickets are available for $150 while single-game tickets can be purchased for $15 (all prices Canadian).