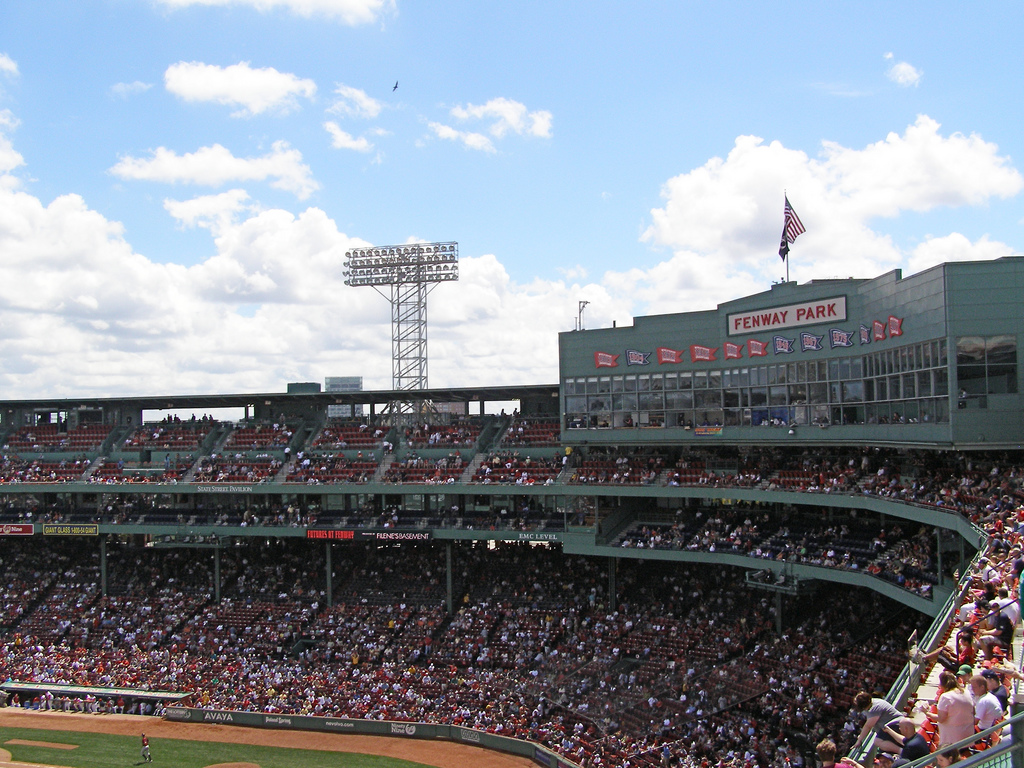 I learned about baseball from my dad. When he’d come home from a long day at work — eight hours outside in the hot sun coaching tennis — he’d sit down in front of the TV and turn on the game. I’d sit next to him and listen as he commented on the action on the screen.

“He’s going to throw a fastball here, because he needs to make sure it’s a strike.”

“This batter is getting beat by the pitcher — see how far behind the pitch his swing is?”

“There’s a good chance for a steal here. The runner at first base has a ton of speed and the pitcher has a slow delivery. Watch!”

Snuggled in next to my dad on the couch, I could smell the scent of beer on his breath -- Coors, in the gold can -- and I was enthralled. I absorbed everything that I could, listening to my dad tell me about the sport he’d grown up playing, the one that he had hoped to have a professional career in.

He would tell me about the time he played in the Little League World Series and then, later, the Big League World Series. How he went on to play A ball for the St. Louis farm system before coming home, once he realized that he wasn’t quite good enough to make it to the Bigs.

My dad, the former switch-hitting center fielder whose old friends still called him “Clutch,” was my hero. I grew up in South Florida, where we didn’t have a professional baseball team until the Marlins came around in 1994, and by then, I’d already established my loyalties. Much to my dad’s chagrin as a lifelong Yankees fan, I was rooting for the Boston Red Sox because my mom’s father (my grandpa) was from Boston and I thought it was funny to watch my dad get red in the face when I said, “Yankees suck!”

Watching baseball became a way to spend time with my dad. My dad worked a lot and it was my mom who was present for day-to-day activities. I only saw my dad at night and we didn’t have much to talk about, but we always had baseball. He loved being the expert and I loved being his student.

When I went to college in Boston, the home of my beloved Red Sox, it was 2003. Just a month after I moved to the city, the Red Sox played the Yankees in the ALCS, only to lose the series -- and their hopes of their first World Series title since 1918 -- to an Aaron Boone walkoff homerun. But 2004 would be their year, as they came back to beat the Yankees in the ALCS after being down down zero games to three. Through both series, my dad and I would call each other and talk crap, my dad ever critical of the “classless” Sox players and me unimpressed by the lineup the Yankees’ money could buy.

Baseball is the language that my dad and I speak in, as we lack much else in common. As the years have passed and my knowledge of the current-day landscape of the sport has usurped my father’s, we still manage to work it into our conversations. Baseball is what connects us. Baseball is our love language.

When I found out I was pregnant, I immediately began to daydream about watching baseball with my kid, introducing them to the sport I love so dearly. I imagined taking them to games, teaching them the ins-and-outs of the sport as we sat on our couch at home, watching. I hoped they would love it as much as I did. But I thought that bonding and enjoyment was many years off.

Imagine my surprise then, when I took my one-and-a-half-year-old daughter to her first game at Fenway Park last year. She was enthralled by the action on the field, just as I had been as a kid. Despite never having seen the sport played before, she seemed to know what was going on. “Throw! Hit! Run!” she yelled. When the crowd cheered, so did she. My heart grew three sizes that day.

As the 2016 season has begun, I’ll often have games on in the background. She is two now, and she can’t get enough. When nothing is on TV, she asks for “baseball?” When the game cuts to commercial break, she looks at me and wonders, “What happened to baseball?”

When the game comes back on, nothing can tear her eyes away from the action. “They playin’!” she tells me. “They runnin’!” she exclaims as a player rounds the bases. When someone makes contact with the ball, she asks for “more.” And when someone slides, she becomes very concerned. “Oh no! Fall down!”

She already knows more about the sport than the average person and she isn’t even potty trained. She has been wearing her “baseball shirt,” a Red Sox t-shirt I bought her, for a week straight and has refused to take it off. I had to buy her a second, identical shirt so that I could wash the first. I’ve taught her to say, “Swing, battah battah, sah-wing!” and we both giggle every time she does.

I imagine a time in the future when the three of us -- three generations of baseball fans -- can sit in the stands, watching a game together. Passion for the sport has been passed down from one generation to the next, and gives us something that connects us despite our differences. Regardless of the distance between our lives, we will always have baseball. And my daughter will always have something to talk about with her grandfather, the way that I did. Our love for baseball is the thread that binds us.

When I put on the game and watch my daughter’s face light up as she throws her hands in the air and yells, “Go baseball!,” I realize what a gift my father has given me -- a gift that I get to pass down to my own children. To me, baseball is family, it’s legacy, it’s competition, it’s sheer joy. And nothing could be better than sharing that joy with the people I love, because baseball is my love language.