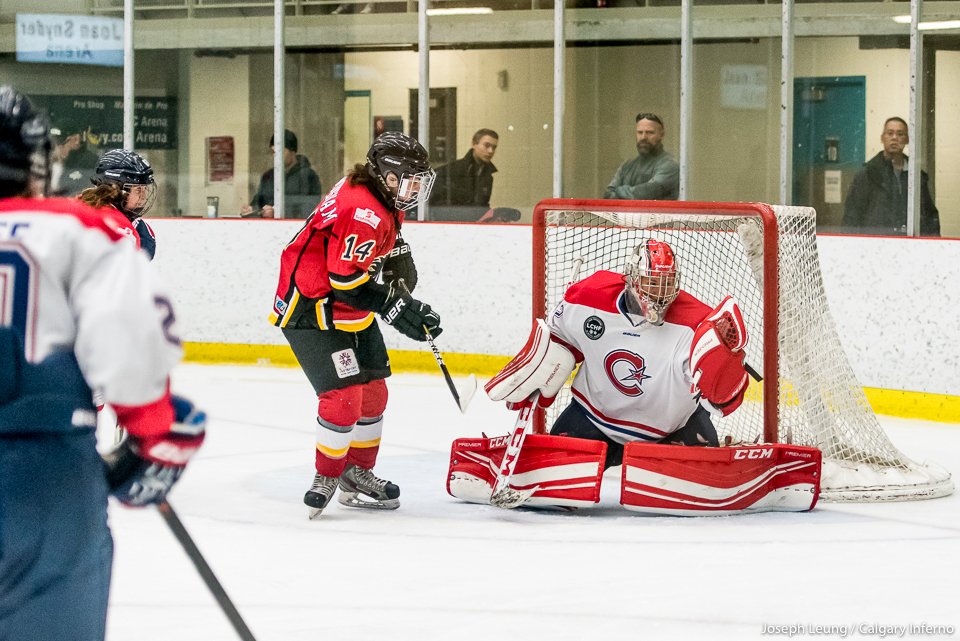 In its first weekend back from the Four Nations break, the CWHL featured a Boston-Brampton matchup, as well as a contest between the league's best teams, Les Canadiennes and Calgary. The Inferno split with Les Canadiennes, while the Thunder swept the Blades. Calgary Inferno vs.