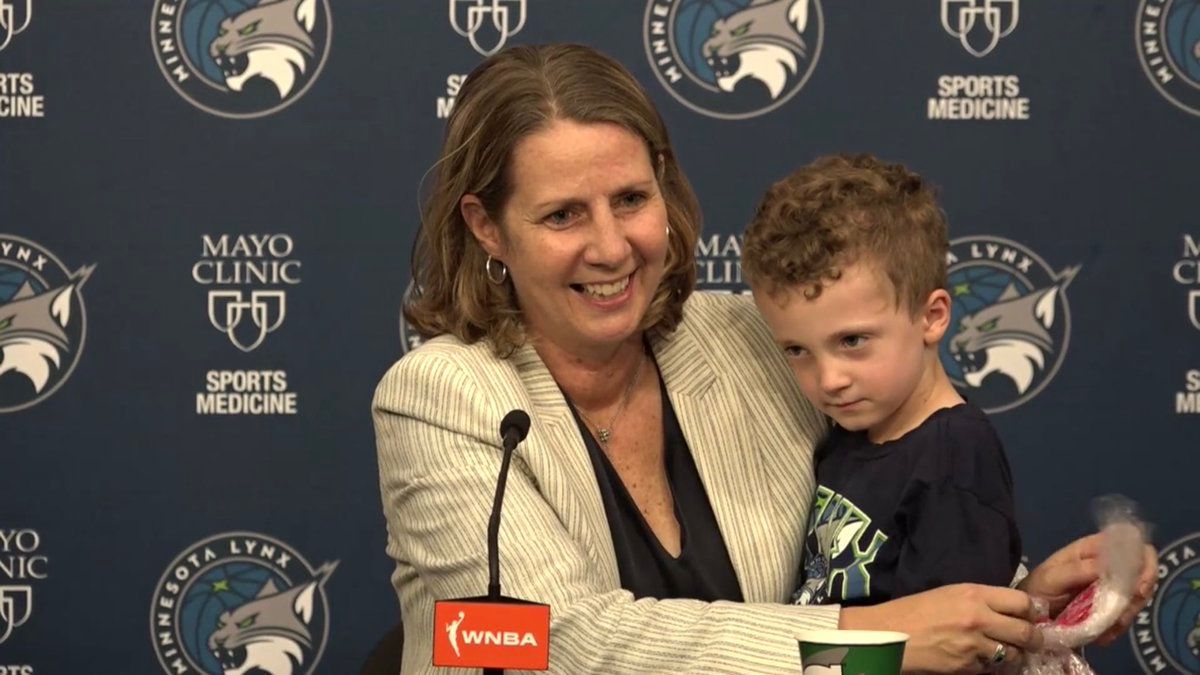 The game of basketball is a simple one all things considered. Two teams play with five athletes on the court for each team at one time, and the objective is to score points. In the WNBA, specifically, the goal is for one team to score more points in 40 minutes of play than the other team, all fouls, travel issues, or standings aside.

The 12 teams of the WNBA are working to balance schedule playing and point scoring with the upcoming All-Star Game in just about a month.  A few of those squads have come up with some excellent promotions to get people to vote for their respective players. Some of my favorites are the Atlanta Dream's "The Miseducation of Brittney Sykes," the Connecticut Sun's "House of Jones," and the Minnesota Lynx's "thank u, lex." Voting runs through July 9. More information on how to cast your votes can be found here.

Let's look at how those players and more fared for their respective teams this week. To the numbers!

3: The number of points scored by Candace Parker (#3) in her first game back with the Los Angeles Sparks.

Many across the WNBA were happy when the Los Angeles Sparks announced that Candace Parker would make her season debut in their home game against the Washington Mystics on June 18. Then she only scored three points in said game, which the Mystics handily won. The rest of the Sparks did not do very well either, as only two players finished in double figures while Washington sophomore Ariel Atkins led everyone with 22 points. No one was expecting Parker to be at 100% in her first game back, but many assumed she would provide, well, a spark to a team lacking identity right now. So far that has not been the case; she only scored two points in LA's loss to Seattle on June 21. While Parker followed that with a team-best 12-point performance two days later, it might be too little too late if the rest of the team can't figure something out.

6: The number of turnovers committed by the Atlanta Dream in their first win in six games.

A team that is surprisingly struggling right now is the Atlanta Dream, who less than a year ago were one of the best teams in the league under a then-first-year head coach. They now sit near the bottom of the league despite having some big names on their roster. And that's not even factoring in new information from veteran Angel McCoughtry. Not much has gone right for Nicki Collen's squad so far this season, but that changed – albeit temporarily – on June 19, when Atlanta broke its five-game losing streak in a win over the Indiana Fever. Despite four Fever players scoring in double figures, the Dream were able to pull out the win because of their play on both sides of the ball. In addition to Tiffany Hayes scoring a game-high 28 points, Atlanta also finished the game with just six turnovers after coming into the contest after otherwise having a team average of just over 16. The slow start for the Dream shows that once again, the WNBA is more competitive than ever, and even teams with big stars have to step up their game.

15: The margin of victory by the Dallas Wings in their win over the Phoenix Mercury.

The Dallas Wings are starting to find themselves, and not just thanks to their signing of former Iowa star Megan Gustafson. They put together a nice win on June 20 against the also-surprisingly-struggling Phoenix Mercury. Despite the margin of victory looking more like a blowout than a close game, it was a gradual win for the Wings. They won the first three quarters by three points each before taking the final frame by six points en route to the victory. The Wings also limited high-scoring phenom DeWanna Bonner to just nine points, which they have to be happy about. Phoenix was led by Leilani Mitchell with 12 points, while Brittney Griner and Essence Carson scored 11 each. But that wasn't enough. And for the record, Gustafson scored four points in her debut.

5: The number of wins by the Indiana Fever so far this year.

Yes, the Indiana Fever are going into this week with a loss – and an extremely long travel situation. But earlier in the week, they made their presence known with a win against the Chicago Sky. The victory – one for head coach Pokey Chatman against her former squad – was Indiana's fifth of the year. That means the Fever are now one win away from matching their overall win total from 2018 as they finished 6-28 last year. And games 12, 13, and 14 are up next for this year's squad. If that isn't a sign of progress – and, again, the competitiveness of the league – I don't know what is. Erica Wheeler led everyone with 28 points in the victory for the Fever.

18: The margin of victory for the Chicago Sky over the league-leading Connecticut Sun.

The Chicago Sky have surprised a lot of people so far this season. The team has had some of the pieces in place to contend for the past few years (Allie Quigley, Courtney Vandersloot, and Stefanie Dolson, for starters), but they have easily done the most amount of work to stay competitive in a league that's more competitive than ever before. That was seen first-hand on their Pride Night on June 23, when Chicago upset the top-ranked Connecticut Sun. James Wade's squad actually only won the second quarter after tying the opening frame, but that was all they needed. The Sky scored 29 points while holding the Sun to just eight points before halftime. They used balanced scoring throughout the game to get the upset; while four of five Chicago starters finished in double figures, reserve Cheyenne Parker led everyone with 22 points. The Sun had balanced scoring, as well, but the Sky's defensive play held Connecticut to a team-high of just 13 points (Alyssa Thomas). It's fair to say that this was a statement win for Chicago. James Wade thinks so, too.

2: The number of days the Minnesota Lynx had off this week.

The Minnesota Lynx found themselves at the tail end of a four-game losing streak to start the week. Instead of doing extra work on the court and in the gym, however, the team enjoyed a couple of days off. Guard Odyssey Sims made a quick trip to her former home in L.A., while Danielle Robinson and Seimone Augustus joined a group of players and staff at a local amusement park. Why is this important? Because athletes are human too. And they deserve some time away just like the rest of us. The time off might have helped the Lynx break their losing streak in their only game of the week, a 92-83 win over the New York Liberty. Four of five starters finished in double figures for Minnesota, including Sims (20) and Robinson (10).

In addition to airing in the States, the contest aired on SportsNet in Canada, which made Ontario native and Liberty star Kia Nurse very happy.

And in the most important part of the night, Lynx head coach Cheryl Reeve was joined by a very special guest in her post-game press conference: her four-year-old son, Ollie.

There's no word on whether any more kids will show up at the podium this week, but I can guarantee you'll see some good basketball. The full schedule is below!