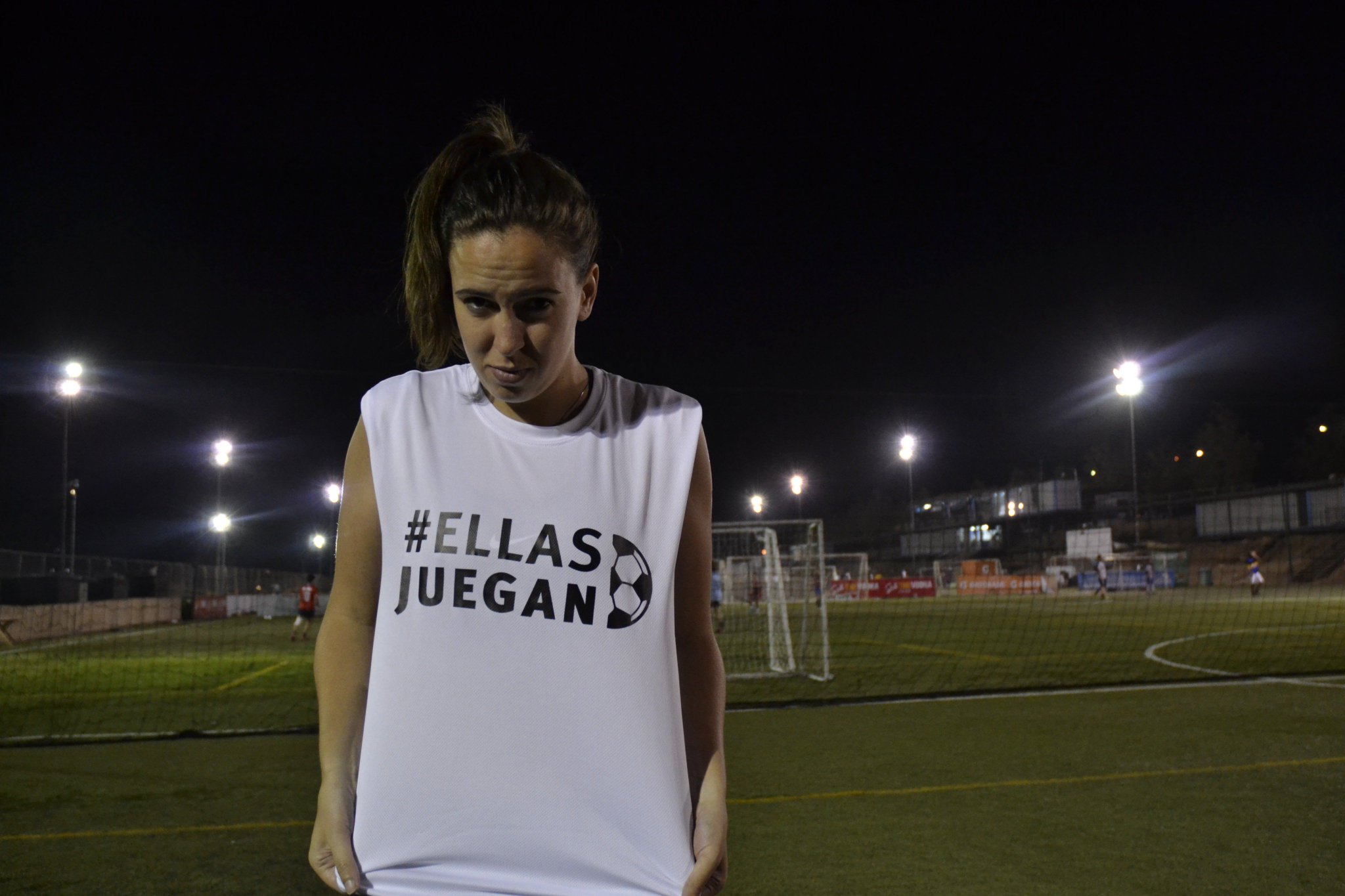 Iona Rothfeld finally pauses. For 40 minutes, she has spoken passionately, vividly and with evident frustration about the problems surrounding women's football in Chile and the work that will be necessary to right them. She has barely taken a breath. Her coffee has gone cold.

But now she needs a moment or two to think. What has been the most flagrant example of sexism she has ever encountered?

"There is something that happened to me when I went to a doctor about a sprained neck," she remembers. "At the end of the check-up, the doctor told me that is what happens when you play a sport that isn't for women. When a professional, learned person like a doctor, employed by a respected private clinic in Chile, with seven or eight years of education in a top university, says that, it shows that we are talking about a form of ignorance that is instilled at a societal level."

Such ignorance isn't often as blatantly delivered; it instead manifests itself in a series of injustices -- some seen, some assumed, and others sensed. In the context of women's football in Chile, this includes things such as the fact that the football federation doesn't publish results or upcoming fixtures for the women's league on its website; that the clubs don't pay their players or cover their medical costs in case of injury, yet expect renumeration when a player wants to move to another club; that some of the big clubs in Chile lend their names but not their resources to their female teams.

"Those sorts of things accumulated, until suddenly I became outraged enough to grab my computer and start to put together a project to form a union for female players," Rothfeld explains. "In 2016, I received my diploma in sports management and that gave me some of the tools to ground this idea and dream I had to create something that could help the players and women's football in general. I started to speak with fellow players to put together a team to work on the project, and in July of that year we made it concrete."

Part of Rothfeld's motivation for forming the organization was that she knew how it felt to be treated as a professional.

Rothfeld fell in love with football at an early age, as she comes from a sporting family. Her father worked as an engineer but was also a keen basketball player, while her mother was a physical education teacher. She played every sport going, but she had a clear favourite.

"For me, it was football, football, football," the now 25-year-old Rothfeld recalls. "I have memories of playing in the street with my friends. My group of friends, all of my neighbours, were boys. There was me, my sister, and one other girl. We all played together. All day."

Her mother was keen to encourage her interest and sought out a local club where she could continue her football education. There were few options for young girls at that time, but one emerged: Santiago Oriente. It was while playing for them in a local tournament that Rothfeld got her big break.

The football federation were looking for players in her age group, the under-14s, to form a team to send to Switzerland for a tournament organised to inaugurate the new FIFA headquarters. Rothfeld stood out and was one of the 12 players who were eventually selected.

"It was an incredible experience," she explains. "To be 13, 14 years old, to travel to Zurich and enjoy all of the comforts that FIFA provided us with made us feel like professionals."

Later, she had a similar sensation as part of the Chile squad that was formed to tackle the 2010 Under-17 Copa América. They trained together for two years all told, including "two summers of double sessions, without going on holiday or spending time with our families. Without even eating ice cream." It was a serious project and one that had a successful conclusion: Chile qualified for the 2010 Under-17 World Cup in Trinidad and Tobago, the first time any Chilean national team, male or female, had done so in that age group.

The tournament itself didn't go to plan. Chile lost all three of their matches, but Rothfeld was the scorer of their solitary goal: a long-range free-kick against the hosts. And she is grateful to have had the opportunity to experience it.

"I am thankful to the sport of football for that," she explains. "To be 17 and play in a World Cup, represent Chile. I've been lucky enough to do the thing I love, meet wonderful people, learn things about myself. In high-performance situations, you are taken to your limits, physically and mentally."

However, it is a feeling that she hasn't felt since. Funding for the women's national teams dried up under subsequent football federation regimes -- a story repeated across the continent, where the development of women's football accelerates or retards at the whim of the almost exclusively male powers that be. In the domestic club game, it is simply impossible to reach the same levels of elite performance.

"We cannot behave as professionals because the conditions are not right for us to do so," Rothfeld explains. "They don't pay us, there are no guarantees. It is necessary to study or search out work in order to live. I can play football, but no one is going to pay me, no one is going to support me financially. If I get injured, no one is going to look after me. It will contribute nothing towards my future. We have to work on all of those things."

It is a struggle that exists across South America. In September of last year, Argentina's national team went on strike to protest the measly stipend that was provided during their training camps. Similar battles are being fought elsewhere. Rothfeld feels like part of a community of likeminded women who are seeking long overdue change.

There are, at least, some positive examples to look to in Latin America. The women's leagues in Colombia and Mexico have successfully been made professional. Rothfeld would love for the same to happen in Chile, but she knows there is a lot of work to be done before that can become reality.

"The sooner, the better, but we have our feet on the ground," she explains. "Unfortunately, we know that culturally, a certain ignorance is rooted in Chilean society. It is a consequence of sexism. There are sections of society who have no shame in saying: 'Stop playing football, get back to the kitchen.' They have no shame in saying that, in 2017!"

The women's Copa América, which Chile hosts from April 4 to April 22, will provide an good opportunity to raise the profile of the women's game. The matches will be broadcast over-the-air. When Chile hosted the Under-20 World Cup in 2008, stadiums were full, and there are hopes that will again be the case. But it will be just the first step of many.

"I could say that in five years, we will have a professional league, but I would be lying to myself, because I don't know if five years will be long enough to bring about the necessary change," Rothfeld admits. "It is always difficult to change things that are cultural and traditional. To bring about a new paradigm. We are working hard. We are not going to change the mentality of the older generations if we don't first change the mentality of the younger ones. Through the younger generations, the older generations, who are unfortunately those in positions of authority and those who manage the clubs, will understand why they need to change their approach."

Rothfeld stepped down as president of the players' union last summer when she moved to the United States to study and play at Ohio Valley University, but she is still active in their work. She and her fellow players dedicate their time to the project, because they want other women to have the opportunity to share their passion. And they are already making progress. Some of their proposals, including mixed-sex youth leagues, were included in a plan for the development of women's football that was recently drawn up by the football federation.

"It is a big project, huge in fact, something that is probably above and beyond our capabilities, but we are convinced that something has to change, that we have to do something for the players," Rothfeld explains.

"My personal motivation is to make it so that in the following generations, a girl who wants to dedicate herself to football has an easier time doing so than I did. That there are less obstacles to doing something that is a passion for all of us who play. If men can dedicate themselves to football, why can't we?"