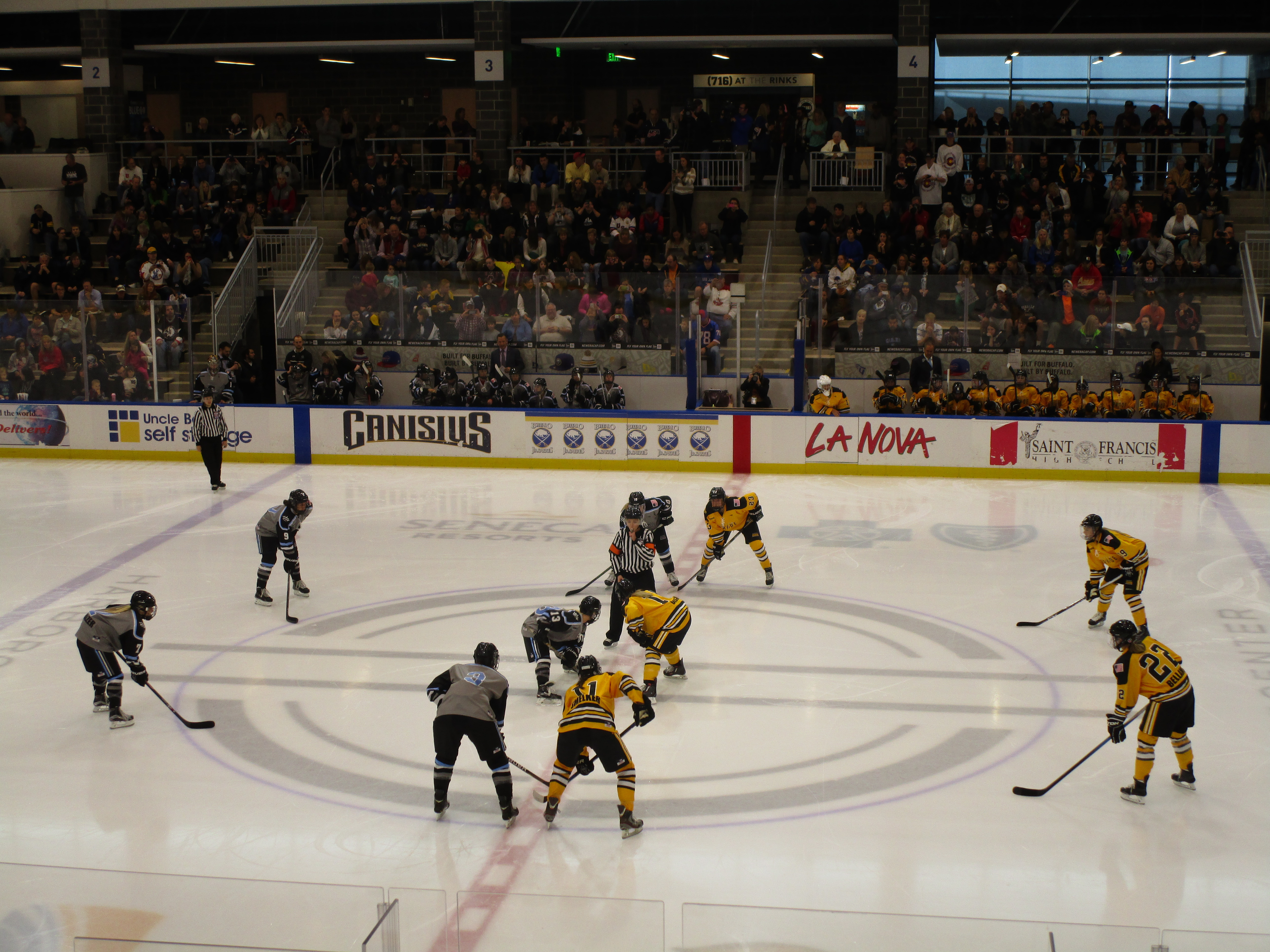 (Photo: Melissa Burgess) The NWHL’s Founding Four made history Sunday as the Boston Pride, Buffalo Beauts, Connecticut Whale, and New York Riveters skated in the league’s first-ever games. In the end, the Whale and Pride each took 4-1 wins over the Riveters and